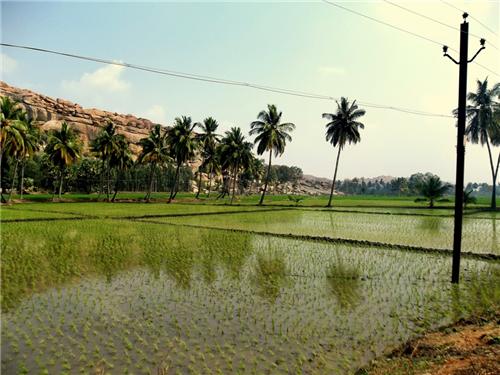 Hospet has a tropical and a semi-arid climate with summer from March-May, monsoon from June-August with heavy rainfall and winter from November-February. The city enjoys pleasant weather from July to February. The city's summers are hot and dry whereas the winters are cold with the temperature sometimes dropping down to 15 degree celsius. The city has an annual average temperature of 27 °C and this varies during the year. The summer temperature ranges from 23 to 37 degrees celsius and the winter temperature from 12 to 30 degrees celsius.

The physical area of Hospet is mostly plain but is hilly on the western side. The landscape is situated near a hill rock and slopes towards the north.

Hospet is well renowned for its wide range of natural resources. The Dharwar formations which are rich in mineral wealth make up the area of Hospet. These formations are rich in Gold, Manganese, Mica, Iron ore, Copper, and so on. The western area of Hospet has plentry of iron deposits. Hospet area is abundant in metallic minerals such as manganese, redoxide, iron ore, copper, lead and gold. The area is also rich in non-metallic minerals such as asbestos, soap stone, corundum, moulding sand, andalusite, delomite,  clay, limekankan, limestone, quartz, granite and red ochre.

Dams and Canals in Hospet 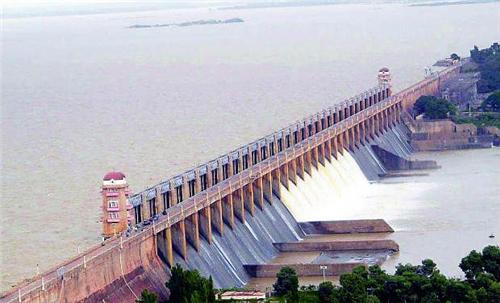 The Thungapatra dam built across the Tungabhadra River, is a dam which serves multiple purposes. Since the Thungapatra reservoir is best suited to install hydropower plants and lift irrigation projects, it is used for the purposes of irrigation and electricity generation. Another important purpose of the dam is flood control. This dam began to be constructed as a combined project of the Hyderabad state and the Madras Presidency. and after construction, became a Karnataka-Andhra Pradesh project.

Comments / Discussion Board - Geography of Hospet