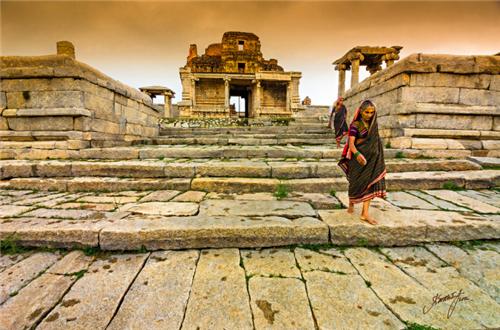 The Formation of Hospet City

Krishna Deva Raya, a ruler of Vijayanagara, built a beautiful city near Vijayanagara in memory of his mother, in 1520 AD. He named this city Nagalapura but during that time, people used to call the city Hosa Pete, meaning New City. This name was then later changed to Hospet. However, a particular area between Hampi and Hospet is called Nagalapura till today. Hospet served as the entrance to Vijayanagara for all travelers coming from the West Coast since it is only thirteen kilometers away from Hampi. Hence, Hospet is known as the Gateway to Hampi. Hospet was vitally involved in the history of Karnataka and this has been proved by the historians' excavation findings.

History of Hampi and its Relevance to Hospet

We have to know the history of Hampi and why it is considered to be one of the most marvelous remnants of historic times, since Hospet is famous for its close proximity to Hampi. Sultan Tughlak attacked the Chalukya kingdom of Kampili and captured two local strong warrior brothers, Hakka and Bukka as prisoners. Impressed by their conduct, the Sultan send them against the forces of southern provinces later on.

The brothers were successful in the task and as a result they both became the founders of a large empire with Anegundi near Hampi as their capital. Later the capital was shifted to Hampi and the empire grew to greater heights, giving birth to the Vijayanagar Empire, also called the City of Victory. Later, a confederation of Muslim kings defeated Vijayanagar commander Rama Raya and it was from then that the once glorious empire started disintegrating slowly. The old wonder of the empire is still evident today even from its ruins, many of which are in Hospet.

Since Hospet is in proximity to Hampi, a world heritage site, it has plenty of historical significance. Many visitors flock to the city just because of its historical richness and the valuables remaining from it's ancient days.